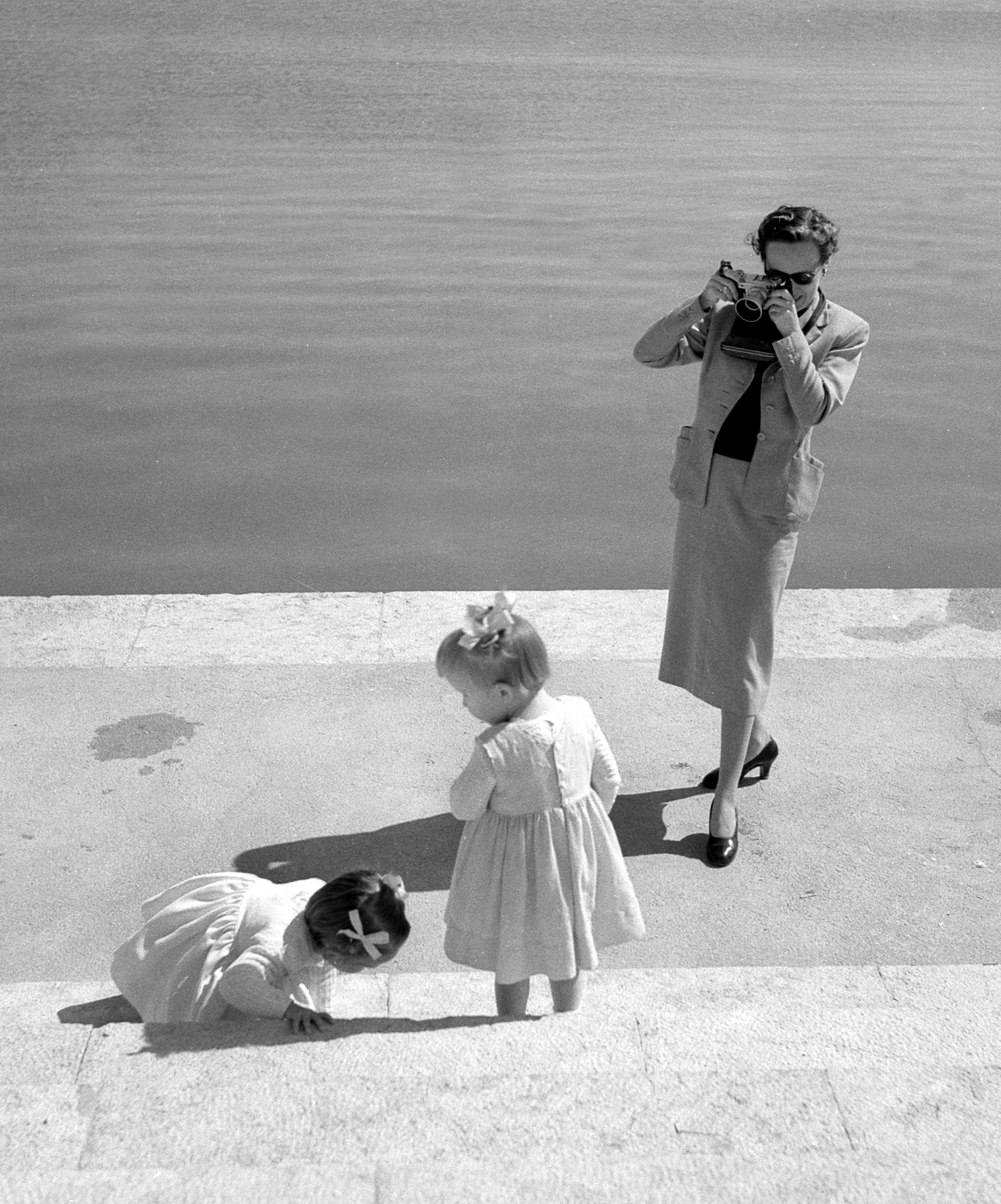 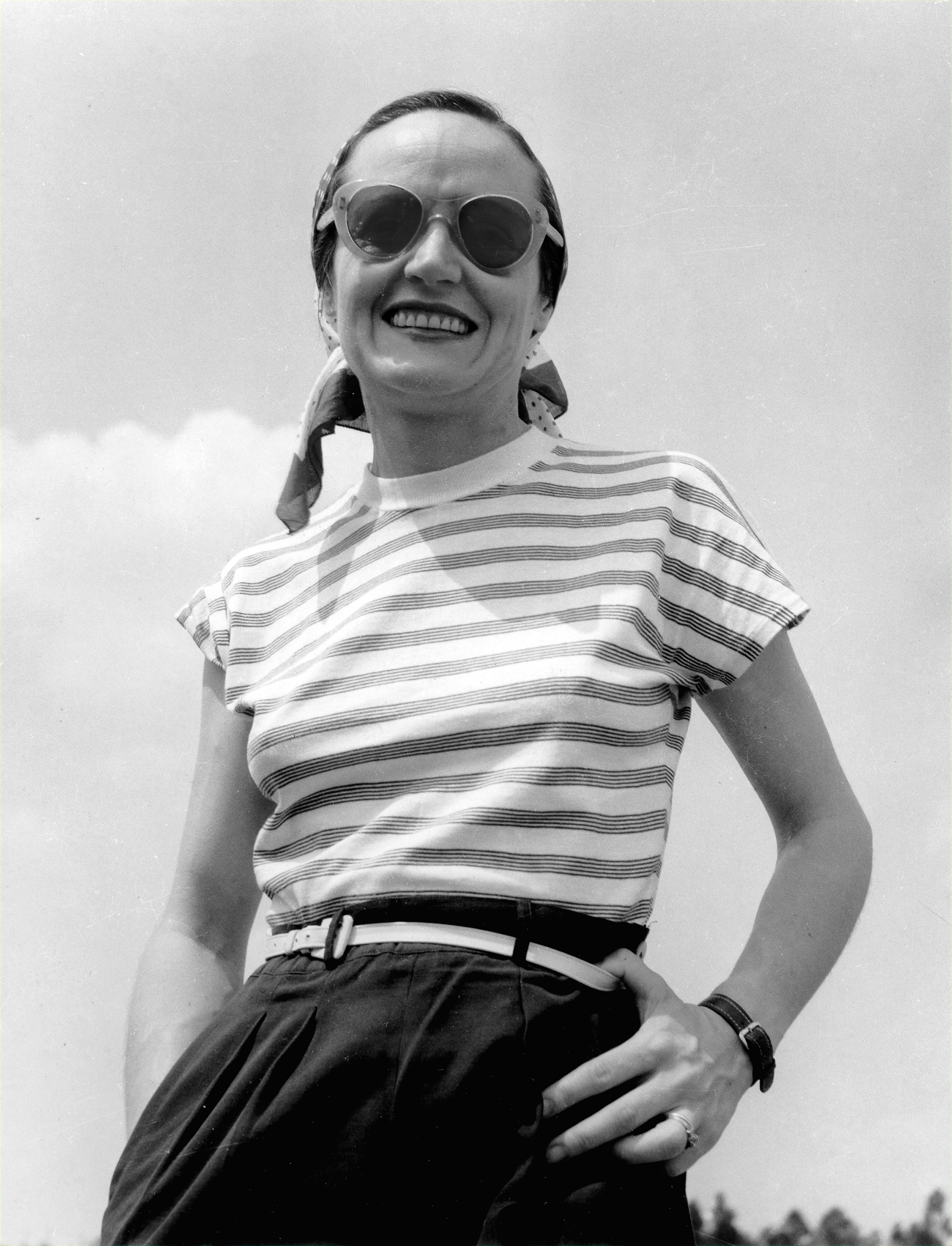 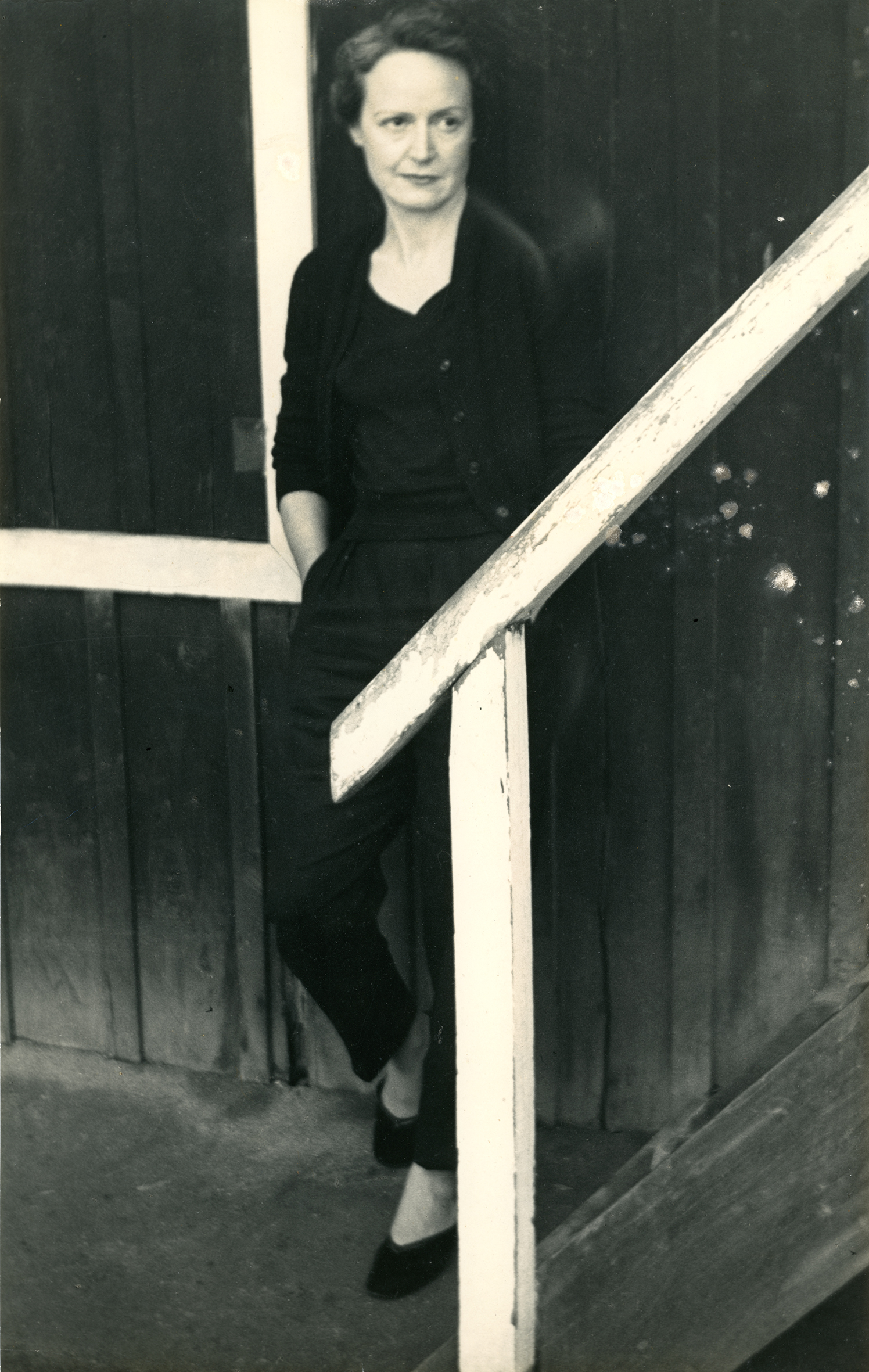 Palmira Puig, also known in Brazil as Palmira Giró, was born on March 13, 1912 in Tàrrega (Lleida), in a family with a strong cultural and intellectual tradition. Her father, an illustrious republican deputy, died in 1925, leaving eight children.
In 1933, together with her mother, Palmira actively participated in the creation of a left-wing feminist group in her hometown. During the Spanish Civil War (1936-1939), her family home is confiscated and her library thrown out of the window. Palmira settled in Barcelona, where she lived until 1943, when she moved to Colombia to join her husband Marcel Giró, whom she had married by proxy a year earlier.
Palmira and Marcel settled in São Paulo in 1948, where they lived for nearly 30 years.   In 1953, Marcel and Palmira opened the Estudio Giró, one of the most important advertising photography studios in Brazil. Palmira had a fundamental role in the studio, managing all the work that was done, from production, props and make-up to the supervision of the final product.
In 1956, Palmira became a member of the Foto Cine Clube Bandeirante (FCCB), integrating a small group of women together with the German Gertrudes Altschul (1904-1962), Barbara Mors (1925), Alice Kanji (1918-1992), Dulce Carneiro (1929-2018), among others.   The female presence in the FCCB is a reflection of the female condition in Brazilian society in the 1950s. In this regard, researcher Helouise Costa points out that "The vast majority of its members were men, in general, liberal professionals with upwardly mobile careers, businessmen and industrialists who practiced photography as a hobby. Within the FCCB, it was the men who held the management positions, acted as jurors for the photography salons, taught the courses, signed the texts published in the monthly bulletin, as well as being responsible for the organization of exhibitions and exchanges with other associations in Brazil and abroad. As for the female presence, the main attendees of the FCCB were the wives of the photographers, who became members to accompany their husbands in social activities, such as photographic excursions, trips, parties and receptions. In 1946, the Club's "Women's Section" was created, which, under the leadership of Elza Benedicto, brought together, among others, Leda Leme Salvatore, Cesiria Yalenti and Elvira Brescia Palmério, whose surnames leave no doubt as to the marital ties they maintained with well-known associates "1
Palmira's interest in humanistic photography led her to photograph, together with her husband, São Paulo communities and their inhabitants in the 1970s. A pioneering work in which she captures not only their difficult living conditions, but also their dignity and beauty.
In 1978, Marcel and Palmira Giró put an end to their business activities in Brazil and returned permanently to Spain.
Palmira Puig died in Barcelona, at the age of 67, on September 27, 1979.
In 2011, Toni Ricart Giró began to organize his aunt and uncle's archives, quickly realizing that Palmira Puig's work is more extensive and more expressive than previously assumed. With the collaboration of curator Iatã Cannabrava, in São Paulo, and gallery owner Rocío Santa Cruz, in Barcelona, Palmira Puig's artistic contribution was resized and duly recognized more than 30 years after her death. New perspectives opened up, in the form of exhibitions, publication of critical essays and entry into the photographic collections of international museums, such as the Museum of Modern Art in New York (MoMA), Museu de Arte de São Paulo (MASP), Société Française de Photographie (SFP), in Paris and the Museu Jaume Morera in Lleida.
------
1. COSTA, Helouise. Presenças efêmeras: mulheres fotógrafas no Foto Cine Clube Bandeirante. In: Três autores do sexo fraco. São Paulo: Galeria Utópica, 2020, p. 14-15.
Referencias: