RocioSantaCruz gallery presents Luz e força, an exhibition by Marcel Giró (Badalona, ​​1913-2011) that includes a selection of unpublished photographs dating from the 1930s to the end of the 70s.

Giró, who lived in exile in Brazil since the 1940s, was one of the members with the highest recognition of the Paulista School and one of the members of Foto Cine Clube Bandeirante, a meeting place where pictorialism begins to be questioned and modern aesthetics Brazilian photography borns.

Marcel Giró develops a photographic vision that shows the ambiguities between figuration and abstraction. In his search for new languages ​​he alters perspectives, contrasts lights and shadows, and brings both the lines and textures so much that he ends up turning his photographs into "paintings", thus distorting reality to become an artistic object.

The exhibition, which opens on March 30 at 7.30 pm, can be visited until May 20 at the gallery RocioSantaCruz. 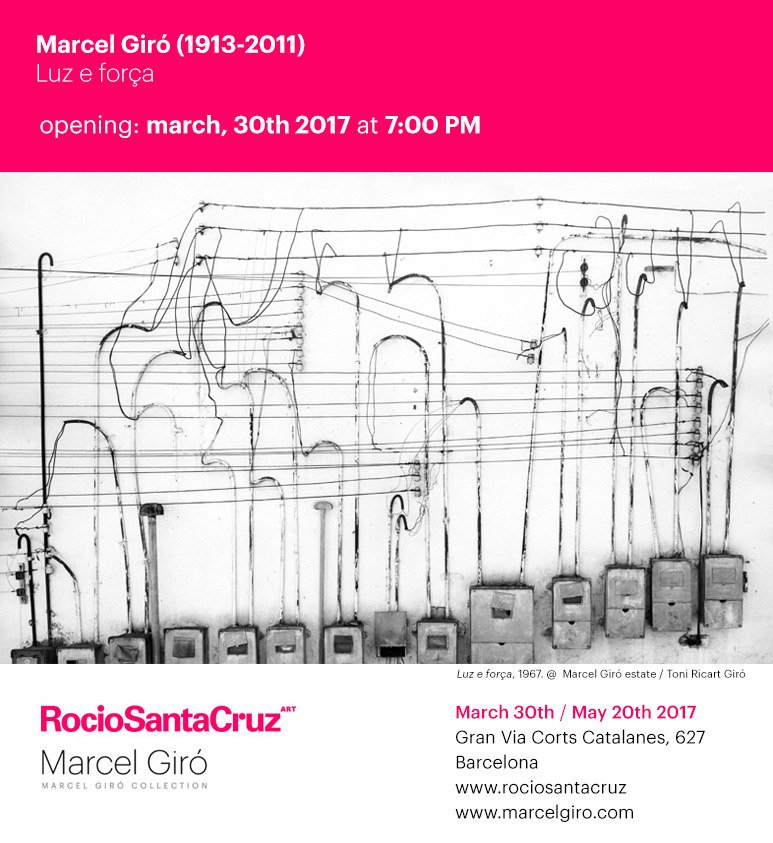