The Museum of Modern Art in New York, MoMA, has just acquired 28 works of modern Brazilian photographers for his collection in a daring operation by the museum's curator of photography Sarah Meister. The works chosen are from Paul Pires, Jose Yalenti, Ademar Manarini, Eduardo Salvatore, Marcel Giró (which was Catalan) and Gertrude Autschul.

Brazilian photography of this period approaches to modern art and also has a relationship with the German Bauhaus design school. Sao Paulo is shown at a time of rapid industrialization, with bold geometric compositions on urban forms and a dramatic new direction. The acquisition is significant: the MoMA only had till now 70 Brazilian photographs in his collection, including works by Thomaz Farkas, Geraldo de Barros, Sebastiao Salgado, Valdir Cruz and Nair Benedicto.

Brazilian curator Isabel Amado, representing six families in this group of photographers, met with Sarah Meister last year, and asked to know the collection of Isabel. Sarah then took the work to be evaluated by the board of MoMA, which approved the purchase in May. Under the contract, the value can not be revealed.

Sarah Meister had already examined the group's work in 2013, when he saw the exhibition of Marcel Giró at the Bergamín Gallery in Sao Paulo; and at the exhibition Paulo, Jose and Ademar in Art SP that same year. Meister was delighted with the fact that Brazilian photography of this period had a close relationship with the US. She believes that these works may even help redefine the historiography of the time of photography - this thesis is on "Photography at the MoMA: 1920-1960", which will incorporate the newly acquired Brazilian works, next year.

Sarah highlights the experimental language and creativity of artists, besides the fact that they were a group, not just one person, developing that work in that period. Almost all artists selected by MoMA integrate the mythical Foto Cine Club Bandeirante, circle of avant garde photographers that began in 1939. In addition to those mentioned above, there were other names like German Lorca, Gaspar Gasparian, Thomaz Farkas and Geraldo de Barros. MoMA curator was also impressed that something that was like a hobby for professionals (dentists, lawyers and liberal professionals) had become such a powerful photography.

"I find it fascinating that some images adopt an obvious experimental language, , solarization (film exposure to light for a few moments in the process of development), negative printing, abstraction, dramatic points of view. That's wonderful. But it is also wonderful that exists in these pictures a language that in the United States was called 'creative photography', which operates in a more conventional level of humanized language, people and figures on the streets and in the urban environment in a kind of creative expression, which I think is fantastic. And it's not just one person doing one thing and another person doing another. These great photographers cross those boundaries, and I find it fascinating" said the curator.

Iata Brazilian Cannabrava was the one who started the rescue work of this group, culminating in the acquisition by the Museum of Art of Sao Paulo (MASP) of 275 photographs on loan in 2014. Isabel Amado, who negotiated the transaction with the MoMA through his company, Anima Montagens also has over one hundred photographs of the artists. 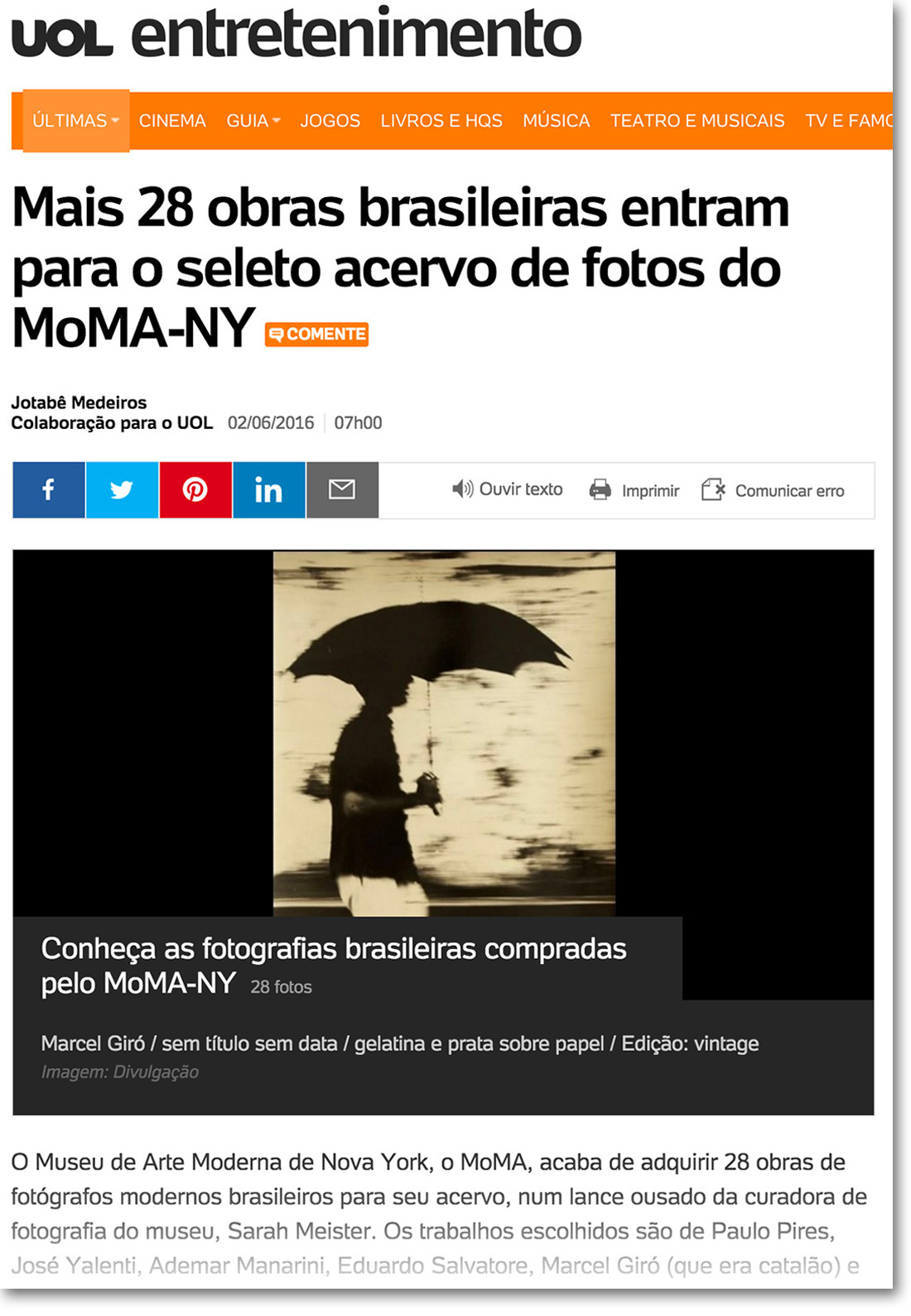