Under the curatorship of Iatã Cannabrava, the exhibition focuses on the Brazilian photographic modernist movement that, although late, was very important in the discussion about the practice of photography. There will be works by several Brazilian modernist photographers such as Geraldo de Barros, José Oiticica Filho, José Yalenti, Marcel Giró, Thomas Farkas and Paulo Pires. They are artists who also participated in the photoclub movement in Brazil, one of the first social networks in photography and emerged in the late 1930s. Several of the images shown in the show are unpublished outside the photoclub circuit.

The exhibition reflects the questioning character of modernism. The movement was characterized by the break with traditionalism, a new aesthetic reading and the removal of the current and institutionalized culture. The idea is to evaluate the movement through its production mode, understanding its importance for the arts and discussing the essence of photographic making. About the legacy of this production, Cannabrava points out: "Many of our photographers have overcome ties with modernism and produced proving that the movement was substantial, dense, of utmost importance in the subsequent sharing of so-called contemporary art, and still reverberates that influence in the more recent authors. " 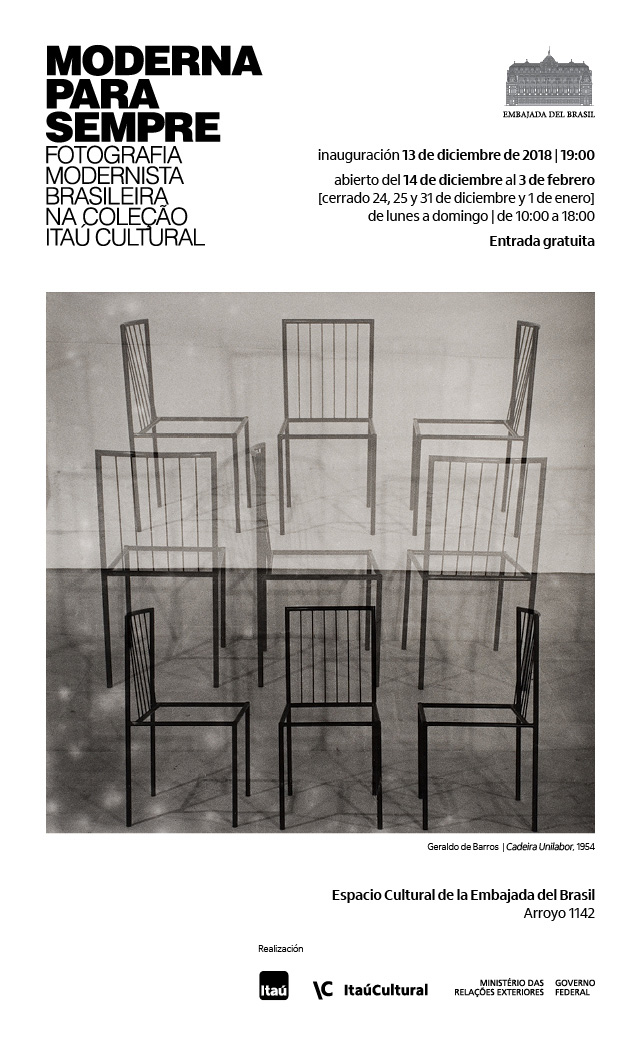