Marcel Giró (Badalona, ​​1913-2011) was exiled in Brazil since the 1940s. Despite being unknown in Spain to date, he has been one of the most recognized members in Brazil of the Escuela Paulista and one of the members, along with German Lorca, Gaspar Gasparian and Thomas Farkas, among others, from the Foto Cine Clube Bandeirante, a movement founded in 1939 where, beginning in the mid-1940s, pictorialism began to be questioned and modern aesthetics in Brazilian photography became manifest.

The exhibition includes the unpublished photographs of the 1930s that are part of pictorialism, showing already a special gaze at composition, a fundamental aspect that will be present in all his later work.

The year 1950 marks the moment in which the photographers linked to the Foto Cine Clube Bandeirante begin to break with the isolation that the photography had suffered until then and to claim it as an autonomous artistic expression, exploring and investigating new frames, geometries and games of light and shadow . The Escuela Paulista was born at this time, a name coined by critics in the specialized publications of the time to designate the modern photographies of Foto Cine Clube Bandeirante.

There is the birth of modern photography in Brazil. At the same time, the thinking and the socio-cultural reality of this time in deep transformation revolves around a policy of urban and industrial development accompanied by economic and social progress. All this is reflected in the Escuela Paulista's photography, both in the thematic aspects of the modern urban landscape and in the use of photographic techniques through pure experimentation.

The Escuela Paulista, thanks to the indomitable and avant-garde will of its members, transforms the identity of the urban cartography of São Paulo, glimpsed by eccentric angles that, forming compositions with lines, closed frames and light-dark effects, inaugurates a city Fragmentary, without past. In short, a new São Paulo.

Marcel Giró develops a photographic vision that shows the ambiguities between figuration and abstraction. His photos play to confuse the observer's perception, either by the game in the scale of the objects as by the emphasis in remarking graphical effects in the photographed object. With a surprising formal unity, from the harshest shadows to the coldest geometry, but always with a great delicacy that permeates his photographs, what enriches the work of Giró is the game that establishes the ambiguity that creates between figuration and abstraction.

For Giró, a member of an avant-garde movement, the search for new languages ​​is fundamental. It pursues a new aesthetic, uses a formal language with its own syntax, alters perspectives, contrasts lights and shadows to the limit, bringing both the lines and textures so close that it turns their photographs into "paintings", distorting this way to make it an artistic object.

The quality and exceptionality of Marcel Giró's 30x40cm vintage has recently been integrated into the collections of the Museum of Modern Art (MoMA, New York), MASP (Art Museum of São Paulo), Itaú Cultural (São Paulo) and National Museum of Art of Catalonia (MNAC, Barcelona). 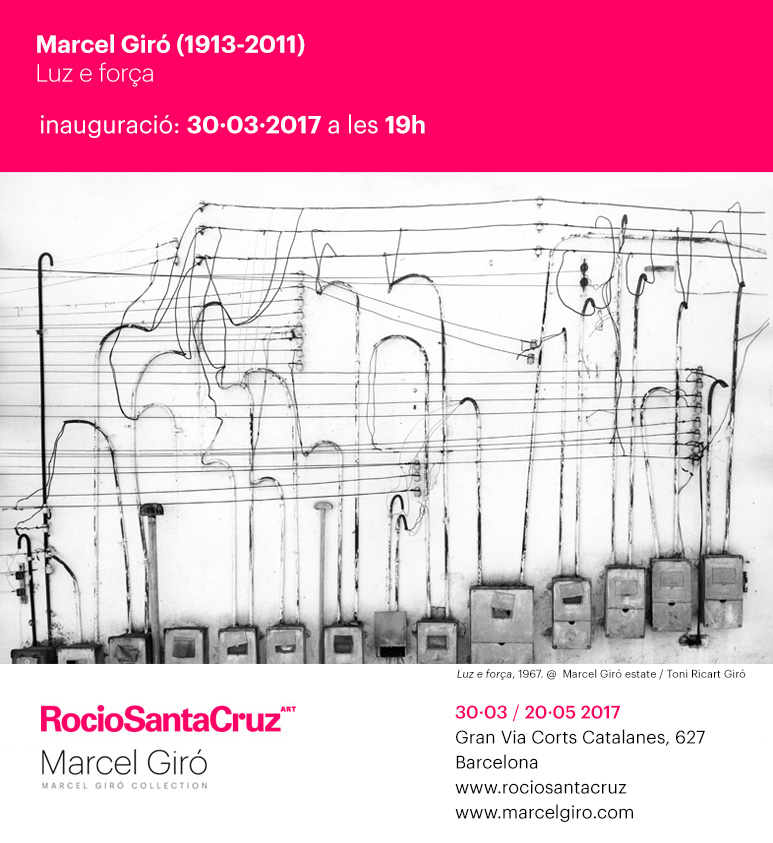